I came across a book while roaming the old bazaar. A book about witches, or better, a book on the subject of witches. The subject has existed in almost every culture, religion, and region though the ideas, beliefs, myths, and ideologies about evil under the guise of a woman differ. Even the one I was born and raised in has a lot to say about this fascinating subject. From folk tales, dramas, contemporary literature, modern writings to informal gossip, proverbs, urban myths, and those evening warnings dadi used to say when we kids wanted to go to the neighborhood park, she existed.

As I grew up, so did that churail (چڑیل). She has lost that horrifying makeover from my earliest perceptions. Maybe those perceptions came into existence from all that was spoken about her. No more exist her hard reptilian skin or her beastly nails. The glowing white or black-hole dark eyes are gone too. She doesn’t levitate in the air or walk on the ground with those inverted feet of hers. The horrifying mask of her has fallen. Out has come to the appearance I had never expected. Organic. Staple. And normal. Like any other non-witch being. Only a master with the skill and experience might be able to spot her. The fools of men would never be able to do so, even with a thousand eyes. Perhaps that is the reason why she mixes herself so well in the crowd and ordinary mortals fail to spot her truer self.

Not all definitions one starts believing in exist in the dictionary. Not all ideas one follows are taught at a school. The experience is, after all, the best teacher. It is that very same experience that helped craft definitions for hard and impossible to define concepts including those of life, death, love, divine, and the witch. Out from the hideous and centuries-old reptilian skin has come a normal and organic witch who looks like any other woman one would come across. In her definition, she has been to the universities and beyond. She has a social media presence that she uses, very aptly, for two of the most nefarious purposes – propaganda and stalking. Beyond her apparent modernist ideologies exists a centuries-old soul, if the soul has something to do with her. Her beliefs do not bend with the fevers of the present era. Men of the modern age would not stand a moment before her ancient powers.

Two of the short stories in my book are inspired by this topic. This number does not do justice as the number of witches that helped define her is higher. I know this because at least a few of them would surely read these words. Yes, this is for your eyes. You are the witch for you know what lives under your skin better than any mortal ever can. A few of the witches were kind enough. They didn’t suck blood even after biting. None of them had inverted feet even when some had feet that incited the foot fetish and helped it evolve to new heights. I always wondered what if one day she reveals her true nature and her feet bend backward, would my fetish stay the same or disappear? What if her horrendous scary skin was not what she removed but the skin was something she just wore on to mix among her human preys? A few witches kept saying that men are dogs. I am not sure of others but had I been one, I would have seen her true self. I was told dogs see what humans cannot. Maybe the inner dog found a bone in this book bazaar. I look forward to a new definition this book might help craft.

Every language has a word for them. Every culture knows their traditions. Every religion, every history has them hiding in their dark places. There is no part of the world that does not know them. They are the Djinn. They are among us. The book is a collection of 22 stories from vast ends and cultures of the world about Djinns, ghosts, specters, or whatever you call them in your language.

This is a really wonderful collection where there were so many variations of djinn both good and evil, mischievous and kind, religious and deviant. There’s not a single poorly written story. They’re all very well-thought, carefully crafted and character driven stories. I definitely recommend this to anyone who loves short stories and is looking to read a diverse collection about magic and supernatural in fiction.

Perhaps one of the best of the works of M A Rahat comes in the form of a story from the Samanabad neighborhood of Lahore. Dating back to his golden days of writing, the story was first published episodically in Akhbar-e-Jahan which earned him popularity among the fiction lovers of the Urdu reading world. 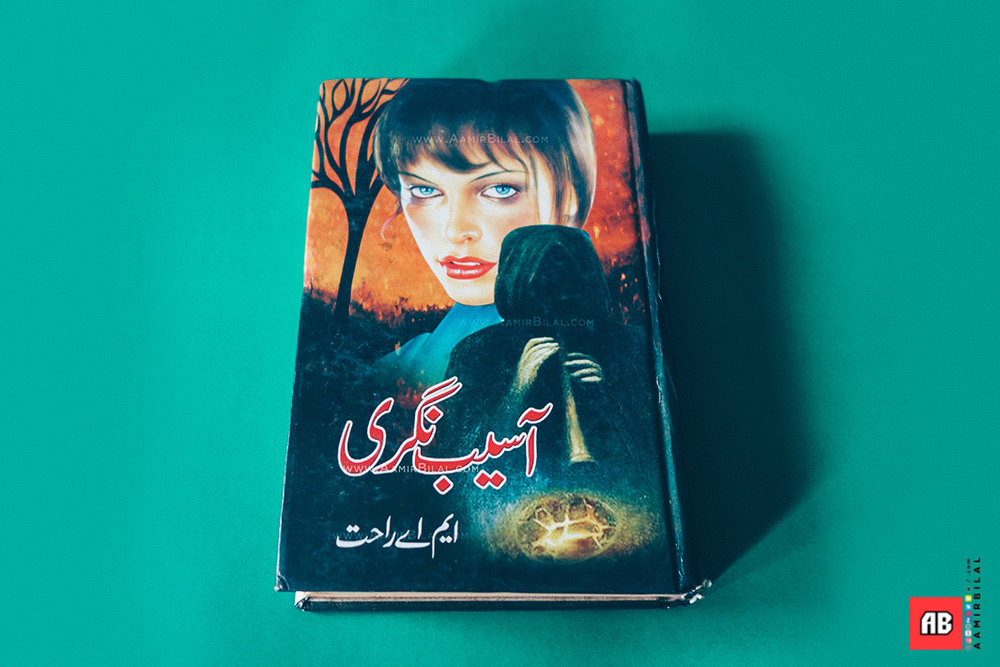 The theme of novel is mystery and supernatural. Sadly like all writers, at a few points the writer propagates his own religious beliefs to the readers but it happens only at a handful moments. Besides this tiny flaw, the whole aura of suspense and tension keeps the reader on the edge of the seat.

Having spent most of his writing time in Lahore and also being inspired from his own neighborhood, the key parts of the story happen in the Lahore of late 80’s to early 90’s. So the internet generation might find the lack of smartphones and social spaces hard to apprehend. But those who grew up in that time would come across many nostalgic moments which is a plus.

The story revolves around a boy born and raised in Bahrain to Pakistani parents and had been told so many tales of their ancestral homeland even though he was never allowed to travel to his father’s birthplace, Lahore, he wanted to. His father used to pay regular visits to the country however and during his last visit, he disappears triggering a series of events including their coming to Pakistan for the very first time and discovering their relatives, their culture and their huge assets which their father had made with a fortune. Some frightening and in-explainable events break their courage and hope to know what happened to their father. Its a supernatural crime thriller which must be made into a movie. Just an amazing tale.

A love story that walks on the footsteps of religion and mystery. Unlike what subcontinent authors try to do to make a best seller, this is really a piece of art. A book that will haunt you for years to come.

The story revolves around a girl and a boy named Zam whom she discovers in garbage and saves his life. 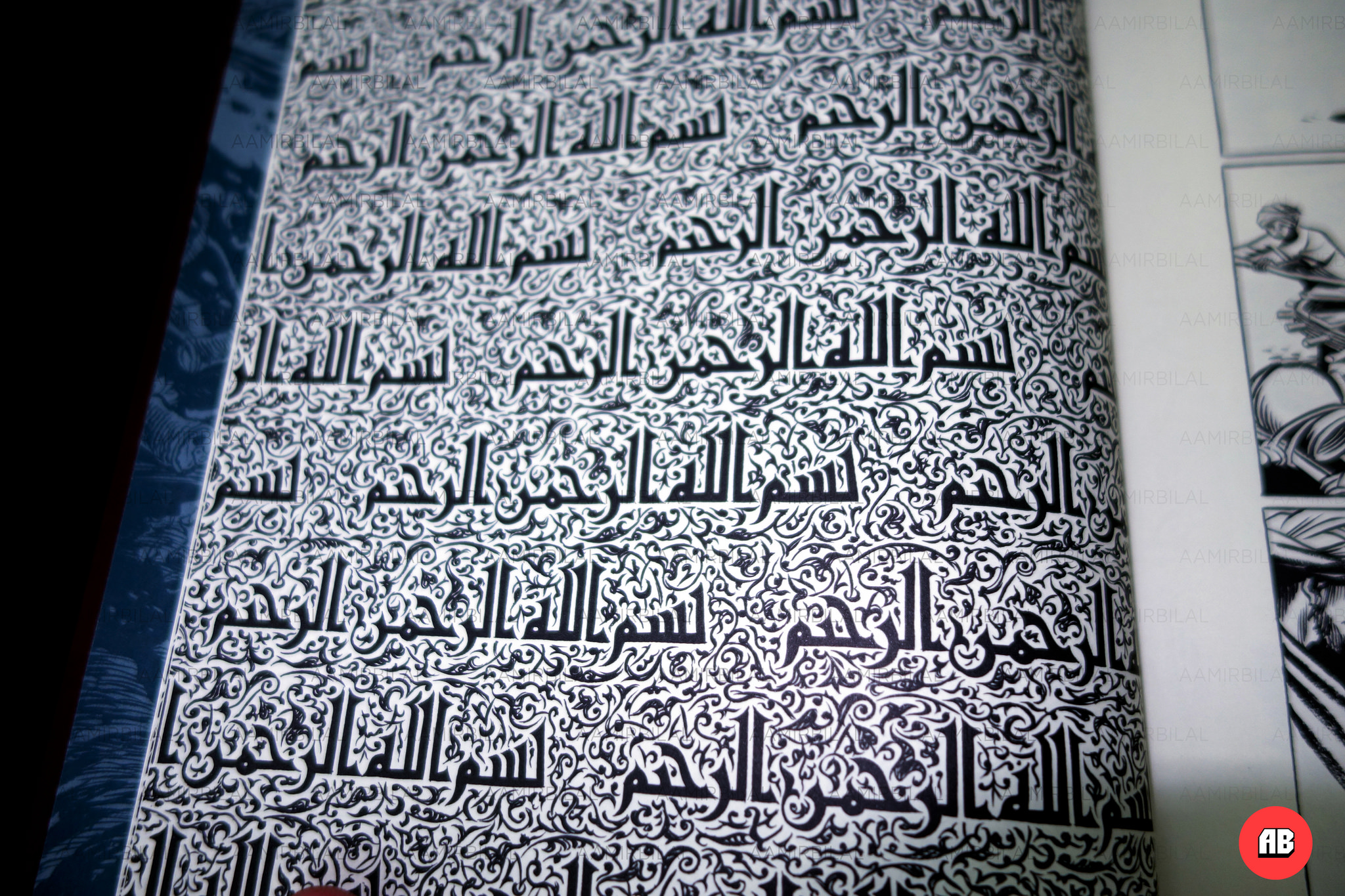 The book is filled with Arabic calligraphy and expressions from the Arabian culture.

References from all the Abrahamic religions fill the gripping story line. 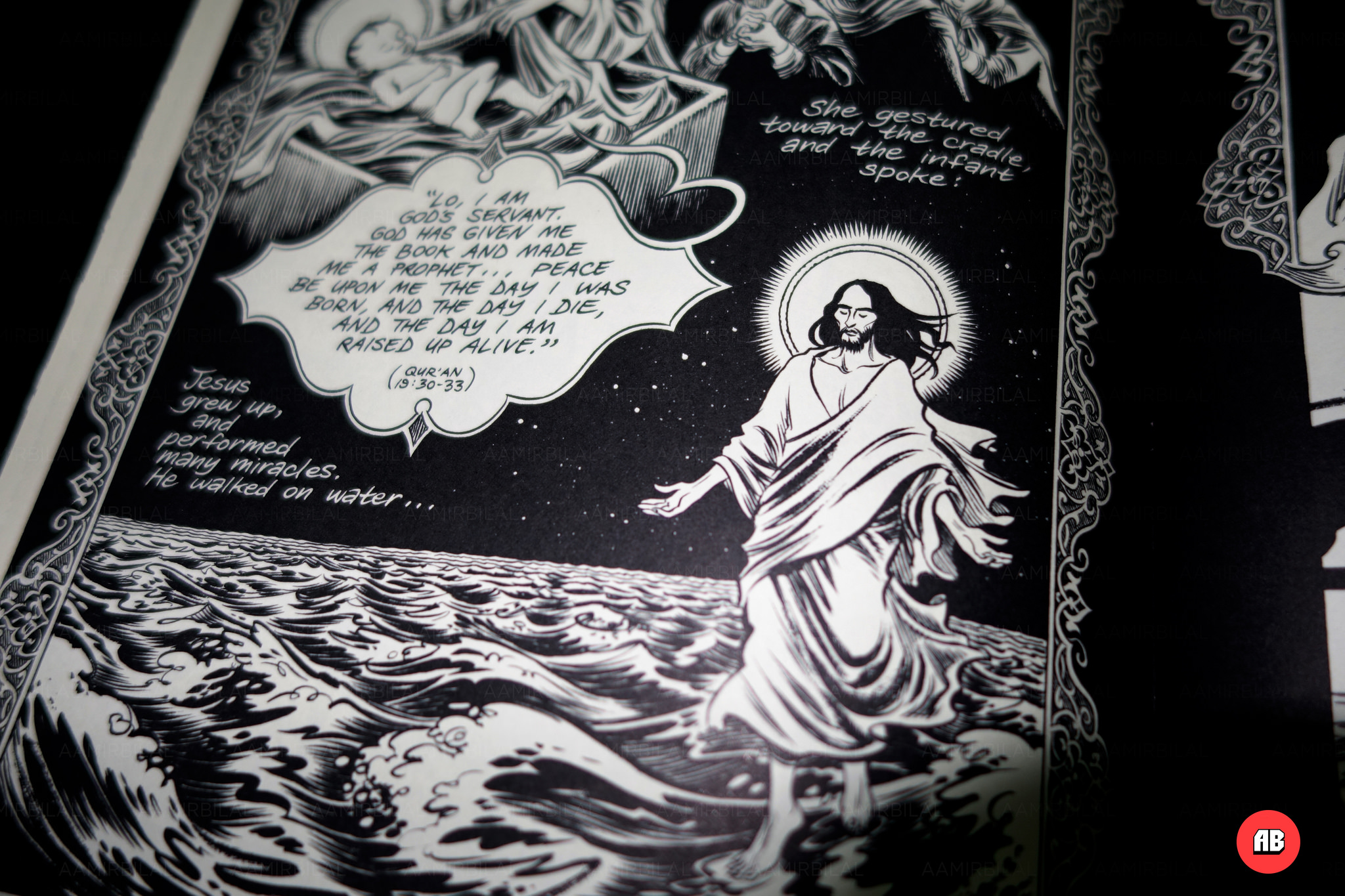 The book shows miracles mentioned in the Bible and the Quran but the artist has not drawn the face of Prophet Muhammad, peace be upon him, out of respect. 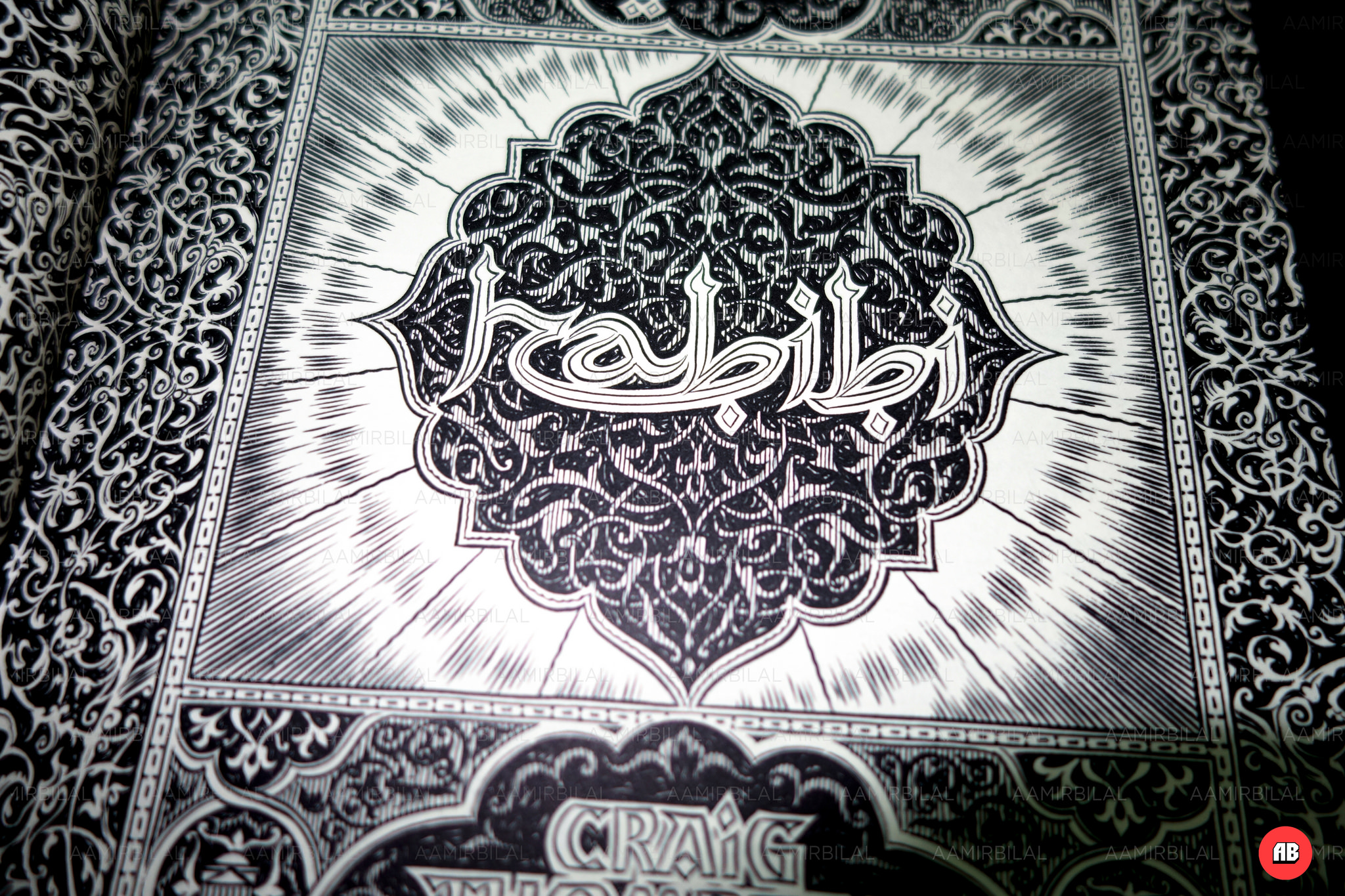 In the end, it’s a story you will NEVER forget.